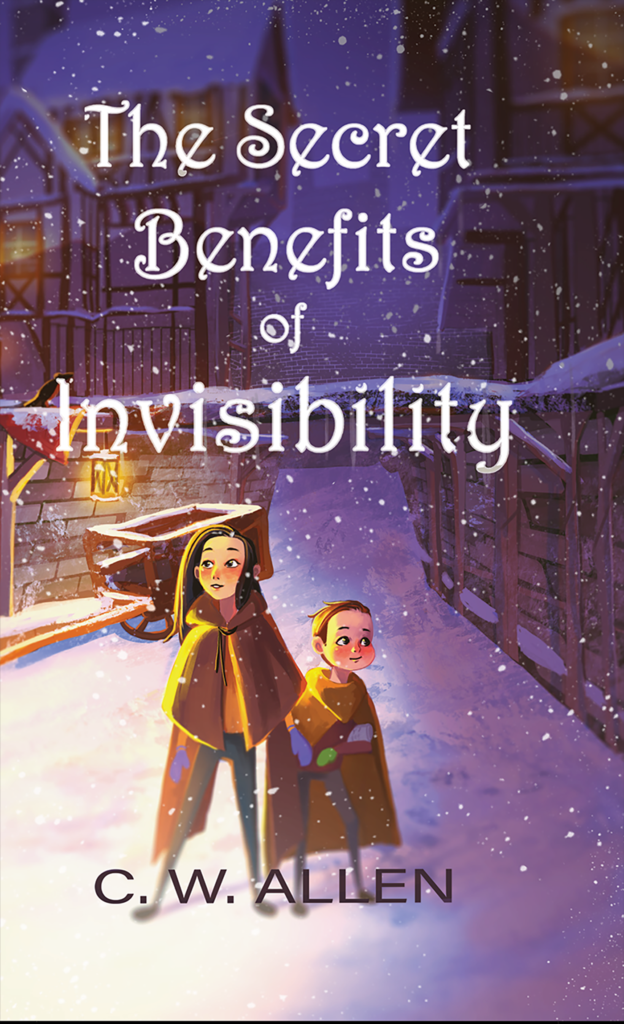 The Secret Benefits
of Invisibility
by C. W. Allen

Zed and Tuesday were just starting to get settled in modern-meets-medieval Falinnheim, but now mysterious enemies have invaded the Resistance base. With the adults trapped inside, it’s up to the kids to rescue their families—and figure out how to free the rest of Falinnheim once and for all.

Natalia has embraced the choice of her people. She is honored to have been chosen as their human sacrifice and will surrender her life to the Gods.

Hundreds of years later – now – Natalia is woken in a world that’s completely unfamiliar. The archaeological team was not looking for her. They were looking for Estancia, the lost city of gold, and Natalia agrees to guide them.

While they journey through the treacherous jungles of Argentina, Natalia stumbles upon the alarming truth of her past. 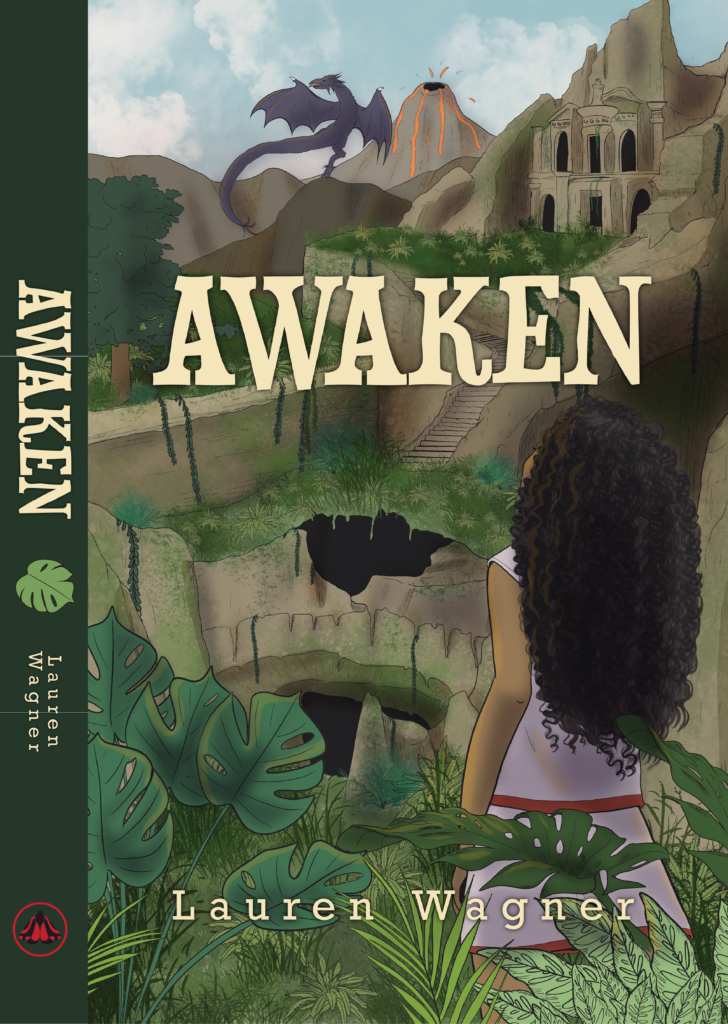 A Cold Christmas and
the Darkest of Winters

A Cold Christmas and the Darkest of Winters is a collection of short stories with themes that range from sad to dark to horrifying.

Just a girl, some belly dancing, some MMA punching….a raid….a…drug……a…goddess..?? 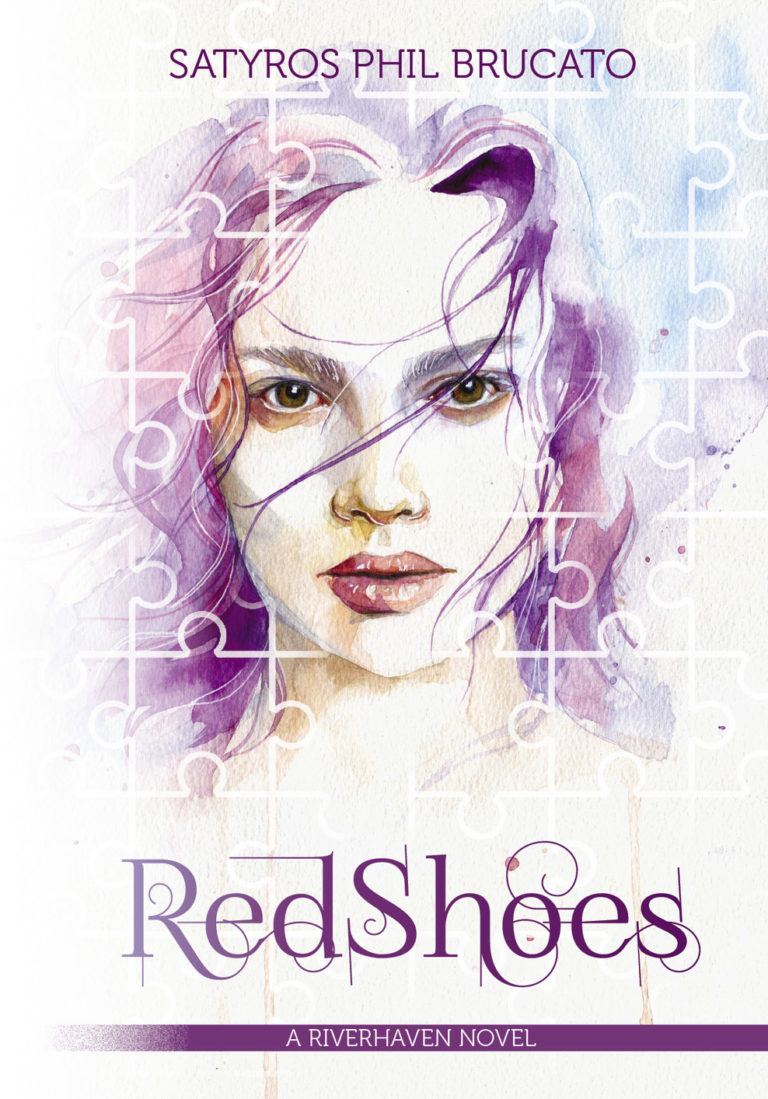 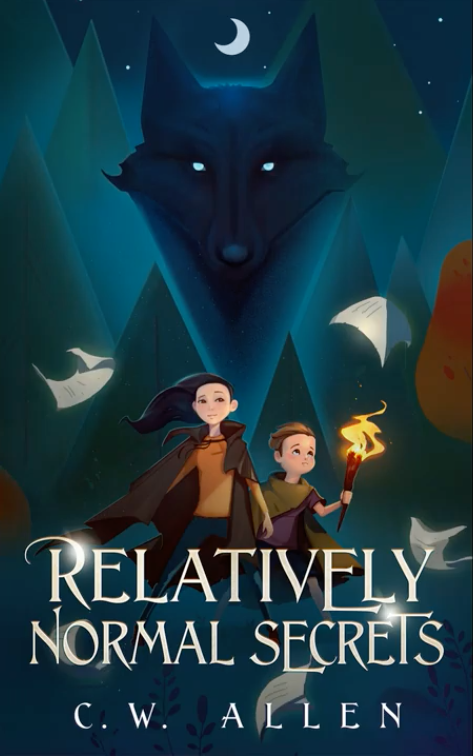 Tuesday and Zed Furst are perfectly normal children with perfectly strange parents. Their father won’t discuss his job, their mother never leaves the house without her guard dog, and the topic of the family tree is off limits. Zed and Tuesday may not have all the answers, but one thing is certain—when it comes to normal, everything is relative!

Grace chases stories about the famous with her son Zeus. They’re about to be run over by fame.

Grace Morgan has been on the music scene long enough to know the life of sex, drugs & rock & roll is just a dream. But after a messy divorce, Grace wants to give her dream of being a music journalist one last shot.

She moves to LA with her 21-year-old foster son, Zeus. They live in a motel on cup noodles and hope, until Grace finally gets a break: a story about Inez Carter, hot-mess frontwoman of the popular band Karma Korn. 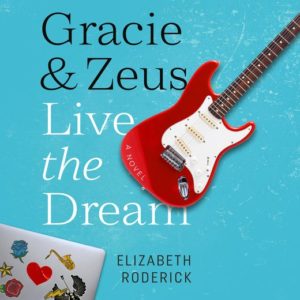 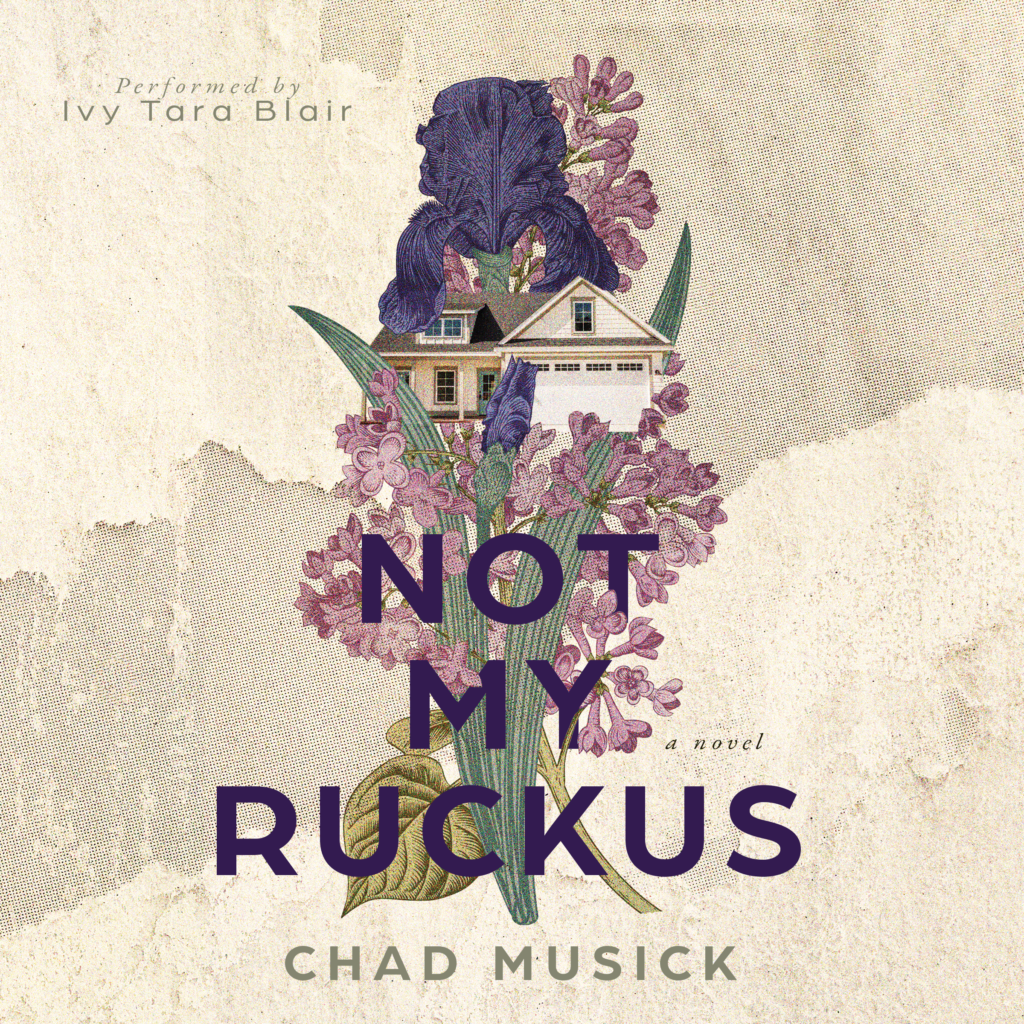 Not My Ruckus
by Chad Musick

Folks know 14-year-old Clare isn’t normal, even for a tomboy. She runs too much, talks too little, carries a gun too often, and holds a grudge forever. Only her papa’s job at the bank keeps gossip quiet. It’s unwise to risk the cold anger of the man who knows everyone’s secrets.

Clare feels prepared for everything from fire, to flood, to demon attack. When her neighbor Esther kisses her, though, Clare has no ready script. Maybe she could write one, given time she doesn’t have. At the moment of that first kiss, Esther’s mom is bleeding out from a gunshot wound.

Pads for his Throne
and
The Rescue
by Olli Crusoe

A regular night at the office changes Louise’s life, when a running gag summons an ancient evil from a forgotten time. To be honest, it’s probably harder on the ancient evil, though. Not only the times have changed. 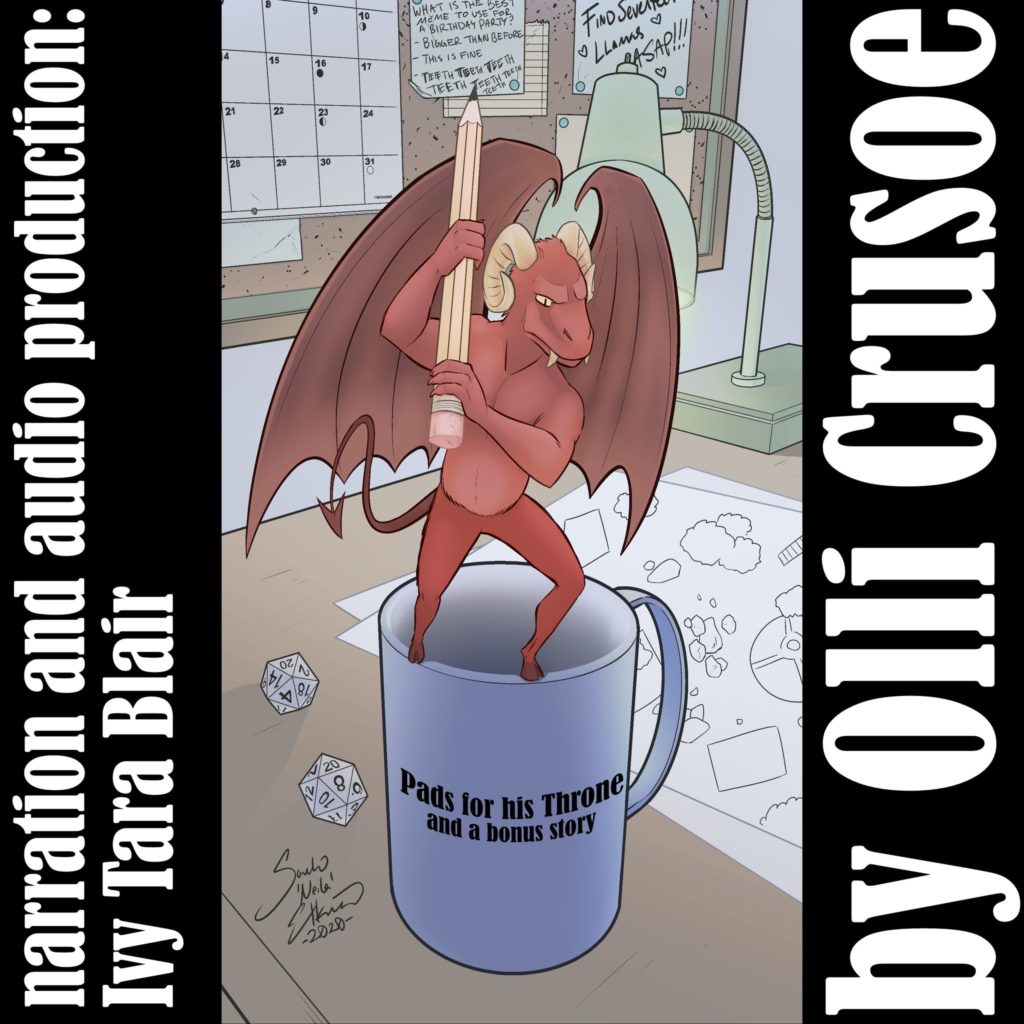 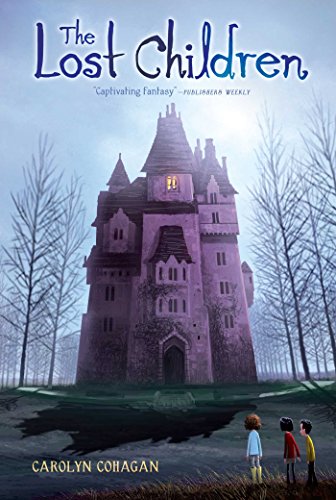 The Lost Children
by Carolyn Cohagan

A delightful middle-school reader about falling into another land, meeting strange people and creatures…and falling back out again! Twists! Turns! Enemies! Unexpected friends in unexpected places! And great fun 🙂 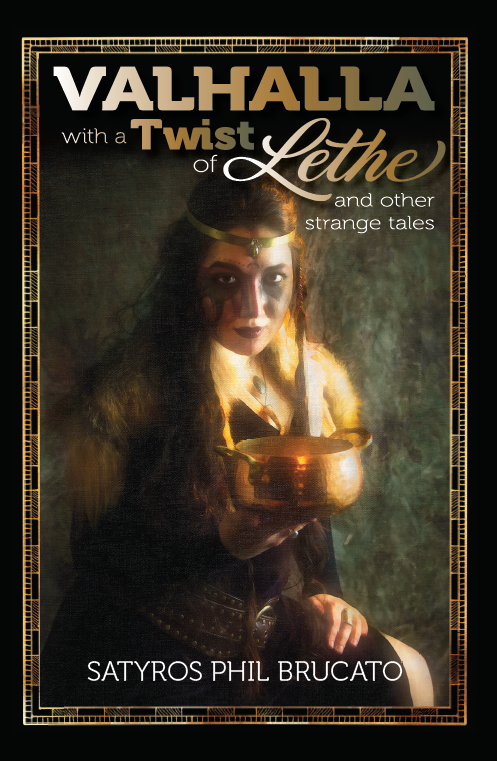 Valhalla With a Twist of Lethe
by Satyros Phil Brucato

Dragons’ daughters. Rock-star gods. A loophole-finding lawyer with a literal Faerie Godfather. Twenty-five tales of music, magic, and various forms of mayhem from Satyros Phil Brucato (Mage: The Ascension, Weird Tales, Powerchords: Music, Magic & Urban Fantasy). In this collection of fantasy and horror, you’ll find ravenous rock bands, decadent courtiers, wintry fiddlers, and eerie flowers that sing to the stars, plus the paranormal romance novella Dream Along the Edge (originally published under the name Cedar Blake) and author notes for the stories behind each tale.

The Seeds Trilogy, by K. Makansi

The Resistance has begun.

Remy Alexander wants vengeance. When she and her friends discover a clue that could help reveal the truth behind the massacre that claimed her sister’s life, she may finally get her chance.

Valerian Orlean wants answers: to why the girl he was in love with disappeared three years ago, why she joined the Resistance – a covert organization sworn to destroy everything he believes in. When he is appointed to lead a government program whose mission is to hunt and destroy the Resistance, he may finally find his answers – and Remy.

In a world where the powerful kill to keep their secrets and the food you eat can change who you are, Remy and Vale are set on a collision course that could bring everyone together – or tear everything apart.

In this science-fiction dystopia, the mother-daughter writing team of Kristina, Amira, and Elena Makansi immerse listeners in the postapocalyptic world of the Okarian Sector, where romance, friendship, adventure, and betrayal will decide the fate of a budding nation.

Remy Alexander wants justice. After narrowly escaping death at the hands of the Sector only to watch her world burn around her, she will defy everyone to find her revenge.

Valerian Orlean wants truth. After learning what evils the Sector is truly capable of, he must confront his past in order to create a better future.

In a world where deadly secrets lurk around every corner and the food you eat can enlighten or enslave you, Remy and Vale must walk the line between hope and hate, love and loss, violence and vengeance, in order to unite – or destroy – their world.

The Reaping, the second book in the Seeds trilogy, will thrust the Resistance into the spotlight, as the Okarian Sector publicly brands them as traitors and terrorists. As Remy struggles to find herself in a world where revenge has become her raison d’etre, and Vale tries to make sense of who he is despite his identity as an Orlean, the two are forced to fight together against enemies more deadly than they ever could have imagined. As they venture through the Wilds, onto a farm, and deep into the Sector’s dangerous No-Go zones, they will find the path to truth or they will die in the attempt.

Remy Alexander wants revolution. After watching Vale fall back into the hands of the Sector, she will stop at nothing to reveal the corruption in Okaria. When she joins a secret Outsider network in the underbelly of the capital city, she must use all her skills as a fighter and an artist to show the people the truth.

Valerian Orlean wants emancipation. When he wakes up in Okaria as a political prisoner and learns what his parents have done to him, he realizes time is running out before millions of people are forever enslaved.

Together, Remy and Vale enlist the help of new friends and old to cut out the rot of unchecked power before the fire at the heart of Okaria grows to an all-consuming blaze. 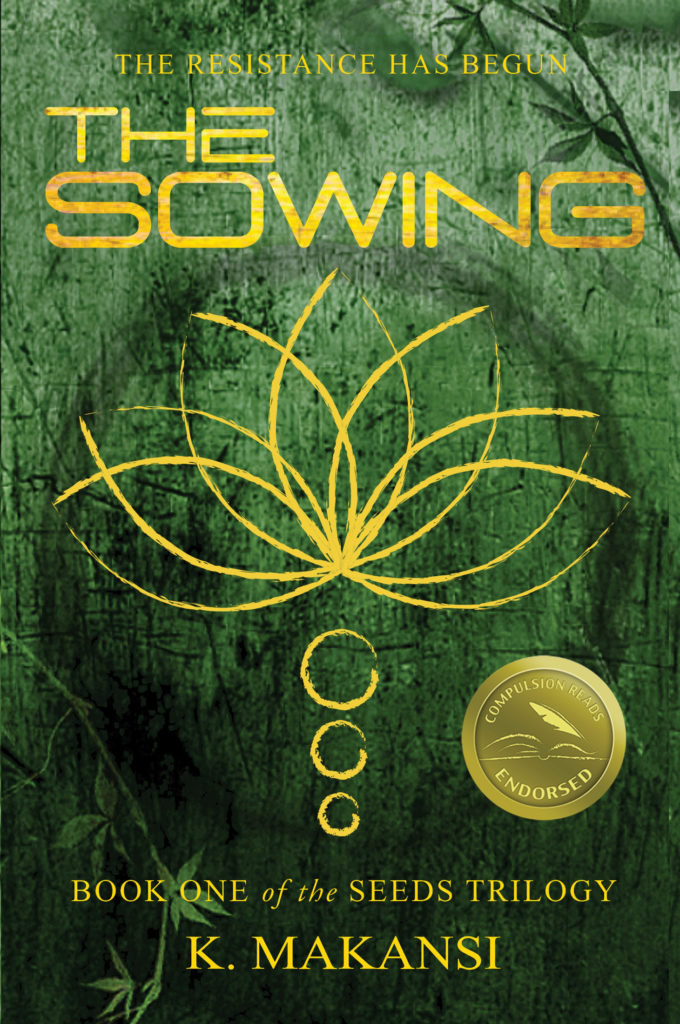 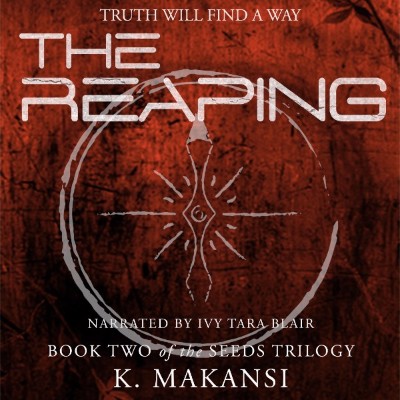 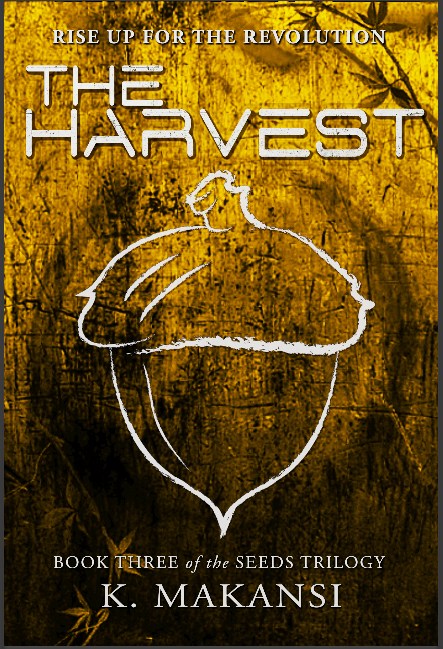 The Dead
by James Joyce

A few years ago, my director and I worked up this reading of The Dead which we quite liked.

The Collar
by J. Fitzpatrick Mauldin

J. Fitzpatrick Mauldin: And so I went and got another beer from the fridge, filled the bath with hot water (because it’s been freakin’ cold outside), locked myself in the bathroom and took a listen.

I sat in the tub till my water went cold, eyes wide, headphones in, attention fully arrested.

Ivy brought The Collar to life in ways I never thought possible. And so, I invite you to listen to her performance, hear her tell the story of an unnamed girl and how that girl’s special gift has stolen all choice from her, but yet she is still not hopeless. 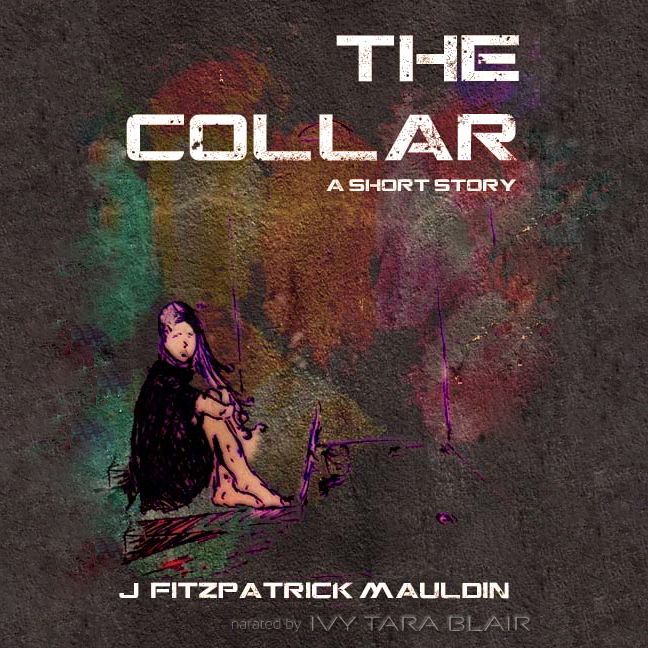 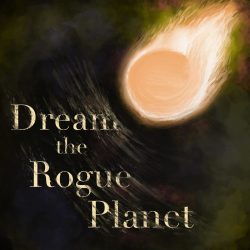 My twitter feed is a chill mix of my audio, promoting books I have recorded the audiobooks for, cute furry critters, science news, my occasional complaints to the universe about audio, life, the universe and everything.

I keep it positive and I balance the serious with the fun, the contemplative with the belly laughs  🙂